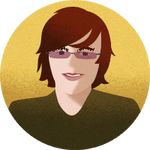 von HightowerSchuk in On the go with SBB
4 Kudos
4 Kudos
Had to sign up when I saw this article. Finally some action.  I am appalled at the lack of respect for non smokers. Everywhere I go someone is smoking and without any regard whatsoever where they blow their smoke. Disgusting. Not sure why I am forced to inhale all these toxins. I am from Canada but Swiss citizen as well. Smoking is banned in major public spaces like this. Smoking is banned in restaurants. Its banned to be smoking within 9 m of a public facility. I get smokers have rights but if they want to breath in their toxins and litter cigarettes everywhere then so be it, but my goodness do it in designated spots and without encroaching on people who respect their health.  I just dont get why the heck this is even a trial. Its so common worldwide.  Swiss standard for cleanliness everywhere yet polluted smoke and cig butts permissable. Go figure.  And one of the best health care systems in the world yet without regard to its citizens health with no anti smoking campaigns at all.  I really hope this carries thru to an all out ban in all stations and tram stops.  ... Mehr anzeigen
Neueste Tags
Noch keine Tags vorhanden
Likes vergeben an
Alle anzeigen
Likes von
Alle anzeigen