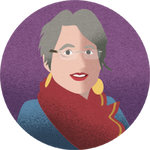 Re: Request for cancellation of credit card paymen...

von SUNGTAE in On the go with SBB
Thank you very much! ... Mehr anzeigen

Re: Request for cancellation of credit card paymen...

von SUNGTAE in On the go with SBB
I am also very confused. I am a Korean in my 50s, but I am not good at English, so I am writing this through GOOGLE translator. You're urging someone who can't communicate in English to call and fix it. As a result, people who have difficulty communicating in English are said to be unable to solve problems even if they arise with SBB. I would like to ask you one more time, please let me know the email of the department in charge so that we can solve the problem by email. Thank You, ... Mehr anzeigen

von SUNGTAE in On the go with SBB
I waited a few days as you said but the card authorization was not cancelled. Let me explain it again, I tried to purchase tickets twice through the SBB website on March 17th, both times I got a message that the card was paid, but no email. I tried to purchase a ticket through the mobile app on March 18th and it was successful. I would like to have my card payment authorization canceled for which I have not received an email twice before. You suggested a phone call, but I can't resolve it over the phone due to the current situation on my cell phone and my English skills. So, instead of leaving it to the computer system, I want you to check the status and fix it yourself. I expect quick action from SBB, which boasts quick and accurate work. Thank you. ... Mehr anzeigen

von SUNGTAE in Travelcards and tickets
Hello my name is Sungtae kim I bought two tickets from Interlaken to Domodossola two days ago on the SBB website. But while I got a message that the purchase was unsuccessful, my credit card was approved for payment. That too twice. I heard that the payment will be canceled within 24 hours, but I haven't received any action yet. I need to buy a ticket, but I don't know how. Help. ... Mehr anzeigen

I purchased my ticket, but I didn't get an email.

von SUNGTAE in On the go with SBB
Hi: I bought tickets throuh ticket-shop with SwissPass login . After proceeding to check-out page, the payment are approved by credit card bank and received deduction notice. But the web-page directly back to the "Payment fail" page. And I did NOT receive any confirmation email or order. Itinerary : Interlaken West to Domodossola (I)single journey via Spiez – Brig, 2nd class. Di., 10.05.2022. Passenger : "SUNGTAE KIM" & "KYUNGJIN CHO" 2 Adults Super Saver Ticket Could you please help to check if the order is successfule or failed? If failed, will my credit card be charged? ... Mehr anzeigen
Neueste Tags
Noch keine Tags vorhanden