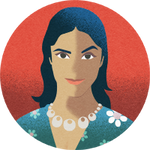 Re: Refund due to Corona

von Billy in Travelcards and tickets
Can anyone explain this compensation given by sbb? It’s a bit confusing. Are GA holders given 158chf per day if you keep paying your GA monthly or just 15 days altogether? Makes no sense to keep paying 340 a month just to receive 158chf comp. or do you get 158chf per day from March 14th? It’s not very clear on the website. Thanks ... Mehr anzeigen

von Billy in Travelcards and tickets
They are saying nothing. Went to the gare and was met with a I don’t care robot and was told we don’t give a ***** basically. Still have to give a months notice to cancel. I had to use the last yearly 22 days of my 30 pause which I wanted to use in the summer and Christmas and I’ll still have to pay for 18 days I won’t use and they are running skeleton service and late trains etc and expect use to still pay. Money grabbing thieves. Gonna contract the newspapers after this is over. It’s disgraceful.   ... Mehr anzeigen

von Billy in Travelcards and tickets
Hi I agree. I cancelled my ga but won’t take effect until 27 th April . Until then I used the 22 days left on my postponed 30 days until 9th April but still have to pay until 27th which I won’t use. It’s daylight robbery and on top of that they are cancelling trains left right and center and still expect us to pay. I don’t even know if I’ll have a job after this. Sbb should be ashamed of themselves. If there was competition in this monopoly then I would use another train company.  ... Mehr anzeigen
Neueste Tags
Noch keine Tags vorhanden