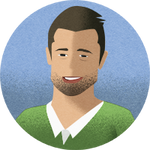 von AH1 in The mobility of the future
I continue to see passengers smoking in the non-smoking areas of the platforms at the St. Gallen Bahnhof, including in the underground passageways, and on one occasion in the main station building. Occasionally I have seen SBB employees (conductors, ticket officers, security) standing next to these violators and saying nothing to them. Three weeks ago I asked two conductors to ask a smoker to move from the non-smoking area of the platform to the smoking area and they refused. I asked them “are people allowed to smoke there” while pointing at the smoker, and they replied “no, you are not allowed to smoke there.” I asked the two conductors, “then would you please ask that person to move to the non-smoking area of the platform” and they replied “No, we can’t tell them what to do” even though they are clearly violating the rules of the company they represent. Last week I saw another SBB ticket officer or rail conductor smoking between the entrance of the Coop and the entrance of the St Gallen Bahnhof where you aren’t allowed to smoke; there are signs painted on the ground and a standing sign indicating the boundary of where you can and can’t smoke.  The majority of Swiss citizens don’t smoke, so I would expect an increase in travelers if you banned smoking and enforced the ban. Yes, you may annoy the minority of SBB travelers who smoke but you’ll gain many more non-smoking travelers who refuse to use your services as often as they would like to because of the negative health impacts of breathing in second hand smoke while traveling on SBB. There is no safe level of second hand smoke so please, at the very least enforce your own rules and tell your employees to follow the same rules.  ... Mehr anzeigen

von AH1 in The mobility of the future
1 Kudo
1 Kudo
I continue to see people smoking in the non-smoking areas of the bahnhofs even though there are signs everywhere, both painted on the ground and sign boards at the boundaries. I walked towards some SBB security officers who were ignoring these smokers only to find these officers were about to light cigarettes of their own in the non-smoking area, too. I asked them if they could do something about the smokers smoking in front of the Coop entrance, which is in the non-smoking area, and they told me “it doesn’t matter, because we can’t fine them. If we tell them not to smoke they will do it anyway.” And they said this to me while holding cigarettes in their hands! Let’s be clear, everyone should have the right to clean air, and even Switzerland agrees with this statement. However Switzerland continues to allow the smoking population, which is a large third of the population, to pollute the walkways, restaurants, public transportation bus stops and rail stations and platforms, apartment buildings, and the entrances of all buildings. There are thousands of chemicals in second hand smoke, hundreds of which are known carcinogens, and the World Health Organization has stated “there is no safe level of second hand smoke.” The relaxed smoking regulations and lack of enforcement of what little regulations exist are a large burden on everyone in Switzerland, as 24 people die every day from smoking related illnesses, tax revenue from cigarettes are only a fraction of the health costs from smoking related illnesses and lost economic output from those who become ill due to smoking and effects of second hand smoking. So SBB, enforce your own smoking ban, because unless you do people will continue to ignore your signs,  pollute the air and harm the health of everyone using your transportation services, and pollute your railways with used cigarettes. ... Mehr anzeigen
Neueste Tags
Noch keine Tags vorhanden
Likes vergeben an
Alle anzeigen
Likes von
Alle anzeigen