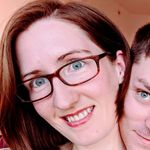 von SarahLHuff in On the go with SBB
Hello, thanks for responding!  I have actually never received an SMS or email from the lost and found service.  I called them 7 days after I made a report and was told that my item was found and the person who answered also said she put a note in the system that I would be abroad for pickup now.  The reason I want to reach out again is because she said that i would receive an email and I never did and I have never received any communications.  But I can't call internationally, so I was hoping to get an email address that I could communicate through. I appreciate any help!  Thanks.  ... Mehr anzeigen

von SarahLHuff in On the go with SBB
Hello, I left a camera on a train to Montreux on June 29 and, while I was still in Switzerland, called the lost and found line and learned it had been found.  Unfortunately, by that time, there was no way for me to pick it up from a station.  I had never received any texts or updates from sbb about my lost item.  When I spoke with the woman, she said she would make a note that it now needed to be sent abroad and I would receive an email.  I noticed on my lost report, it now says "abroad" for pickup.  I still have not received an email and I have no way to contact sbb lost and found (I have no ability to make international calls).  I attempted to reply to the initial email that is generated when you make a lost report, but I've received no response and I doubt the email is checked.  Is there another way/email to contact sbb lost and found? ... Mehr anzeigen
Beschriftungen:
Neueste Tags
Noch keine Tags vorhanden