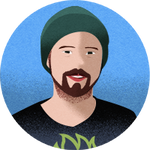 von uaveenash in SBB Mobile, SBB Preview, EasyRide (Apps)
I struggled with this for about 20 hours and my persistence paid off. Owing to increasing levels of fraudulent credit card activities, Switzerland (and most other European Countries) require an additional level of security to make sure that the cardholder is the one attempting the transaction. This is called "3-D Secure" and it is nothing more that a two-factor authentication. When I called Bank of America front desk support to resolve this, they could not see any transaction attempts but the light bulb went off when I mentioned "3-D secure". The front desk support reached out to their elevated security department who had visibility into the attempted transaction. The elevated security department was able to bridge the gap between the merchant and the consumer (me) and provide the required verification. Bank of America has now set me up to receive the secondary level notifications on my smartphone. This would be the second part of the two-factor authentication. This issue in only for online transactions. For in-country transactions, a valid government-issued identity card (such as the Passport) would serve as the second part of the two-factor authentication. I hope this long-winded explanation helps all those who have been struggling with this issue. Good luck. @jzimmermann wrote: Same issue here, 4/25/19. Tried to book a train from Italy to Switzerland with a Visa, a Cap One Venture Card none the less, and it was rejected. Didn't want to use my debit card (MasterCard) but did anyways and the payment went through.  Went back and tried to book our return from Switzerland to Paris and now the MasterCard or the Visa doesn't work. This is insane. The problem with the app workaround is that I can't book my entire trip via the app, it's prompting me to use the website, which is terrible.    ... Mehr anzeigen

Re: I keep getting a message that my payment autho...