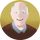 Hi. we are a family of 5, hoping to do a day-excursion. I see how to purchase the group ticket, but the booking specifies the exact timing of the train. We are a little concerned, as we are flying in that morning and we wonder what will happen if the flight is delayed? Is it possible to buy a group ticket for this day, which is valid for any train?

It was a very straight forward script for the Tuesday shoot. The three were in bed and would have sex. It would begin with Ricky fcking Mindy which wakes Eric up and then he joins in homemadegaytubeporn. Ricky had his back to Eric as he fuked Mindy from behind. Eric decided to get in on the action. His cck was hard so he moved it to Ricky's ass and touched the anus with the hed of his cck. Ricky reached back and guided the cck into his well-lubed ass and then he resumed fuking his wife. Eric didn't have to move much since Ricky's fuking motion caused his ass to slide back and forth on Eric's cok thegaywebcamchat.com. Ricky's sphincter tightened around Eric's cck as he ejaculated onto his wife's thigh. Eric was not done and he picked up the pace and fuked Ricky with more urgency. Then he ejaculated on the shapely bottom and pushed his cok back in the receptive ass. Ricky cooed and moaned when he felt the semen shoot onto him. The three of them then acted as if they went back to sleep.
0 Likes
Reply
1 REPLY 1

Thank you for your answer.

Tickets for groups are valid for up to 10 people travelling together.

Depending on which stretch you will travel, the saver day pass is the best solution for a day-excursion: https://www.sbb.ch/en/travelcards-and-tickets/tickets-for-switzerland/1-day-travelpass/saver-day-pas....

For the children under 16 years old you can buy the day pass for children for CHF 16.00 for one day: https://www.sbb.ch/en/travelcards-and-tickets/tickets-for-switzerland/1-day-travelpass/1-day-travelp....

All these offers are valid for one day and for any train.