Half Fare Card cancelled by a SBB staff but received bill again! 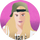 ZakirICS
New Member
Hello/To whom it may concern,
When we received our Half Fare Card renewal letter in May 2021, I went to our local station in Forch (most likely the first week of June) and asked the staff to cancel our cards ( 115-890-638-5 & 115-890-931-8) for the next year.  The lady confirmed to me that she executed my request and gave me the receipt (unfortunately I lost it).
In July we went out for holiday. When came to Switzerland in August, we found two letters from SBB that asked for pay the bill for my wife's (Nguyen Uyen) card. Initially, we thought that it was just a routine letter from SBB but later a friend suggested that we should go to Forch station for following up on this.
I went to Forch station and explain to the staff that we canceled both Half Fare Cards in June but we received a bill for one. The staff was super helpful, she called her colleague at the SBB office and explained the issue. However, she informed us that there is nothing that can be done at this stage and asked us to pay for 180 (15chf late fee). How sad!
I don't know whose mistake was it and now we have to pay 180chf for Half Fare Card which we really don't need anymore. I understand that my German isn't perfect and the lady I spoke to (first time) when canceling our cards wasn't proficient in English...I guess the language barrier might be the issue.
I wonder if any kind-hearted person from SBB can help us solved this issue in a win-win way!
Noted: The last date for payment is 17/8 with a 7.7% fine. So I'm going to pay the bill anyway to avoid further fines but if anybody can help us with this, it would be amazing. I, unfortunately, didn't know I can cancel our Half Fare Cards online...so it was partly my mistake too.
Thanks in advance.
0 Likes
Reply
1 REPLY 1

Thank you for your message.

With the purchase of the Half-Fare travelcard, you have concluded an unlimited contract which only ends with the cancellation.

We have sent you a cancellation reminder together with the invoice. As we did not receive a notification, your Half-Fare travelcard was automatically renewed.

You can find the General Terms and Conditions here (under Downloads): https://www.sbb.ch/en/travelcards-and-tickets/railpasses/half-fare-travelcard.html