Why do barriers stay down for so long?

Motorists and cyclists, but also pedestrians know that when the barriers are lowered it means waiting, waiting and more waiting. We are going to reveal to you why the barriers stay down for so long. 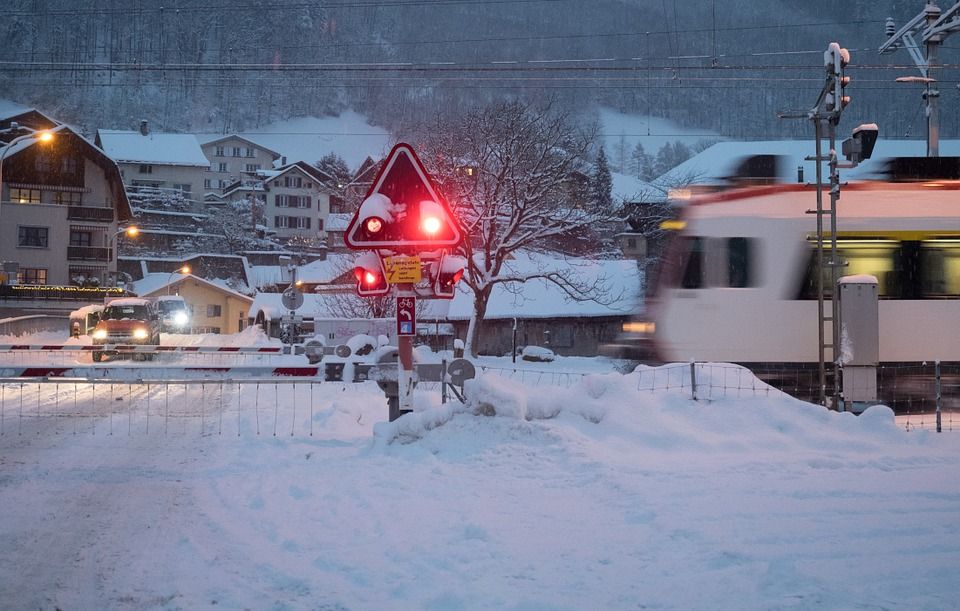 Safety first: The law prescribes how a level crossing should work. The safety of train passengers and the road users is paramount. The barriers are lowered early enough so that nobody can get onto the level crossing, and they rise again only when the entire train has passed by. The time this takes varies from crossing to crossing. Why? You’ll find out now.

Every level crossing is unique.

There’s no such thing as an archetypal crossing. For example, there are half barriers and full barriers. Where which system is used and how the barriers are designed to operate, depends at the very least on the local circumstances, on average daily traffic levels and the mode of transport in particular.

The maximum speed of the passing trains and the type of train line (single- or multi-track) also have an influence on the barriers’ lowering times. So you see, there’s a unique solution to every level crossing.

Warning, closing, waiting, opening – and from the front.

The implementation provisions as per the Swiss Railways Ordinance railway regulationare the final determiners for how a barrier functions. However, there are various phases which always stay the same. The so-called warning time is dependent on the distance between the barriers. For ten metres, you need twelve seconds; the closing time is the time that the barriers need to be lowered and closed correctly. This is normally between six and eleven seconds. The same goes for the opening time.

Then there’s the time that the train needs to pass by. In the case of a train travelling at 100 km/h, the barriers ideally stay closed for around 80 seconds. Trains that are stopping or heavy goods trains naturally need longer closing times. This also applies if there are stops before or after a level crossing or if the level crossing is at an intersection.

At the end of 2014, SBB renovated the last unsafe level crossing in its network. This means that all SBB level crossings meet the strict legal requirements which were put into force at the beginning of 2015. We’re proud of that.