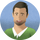 0 Likes
Reply
In response to СергейЧерных 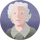 0 Likes
Reply
In response to Arsal